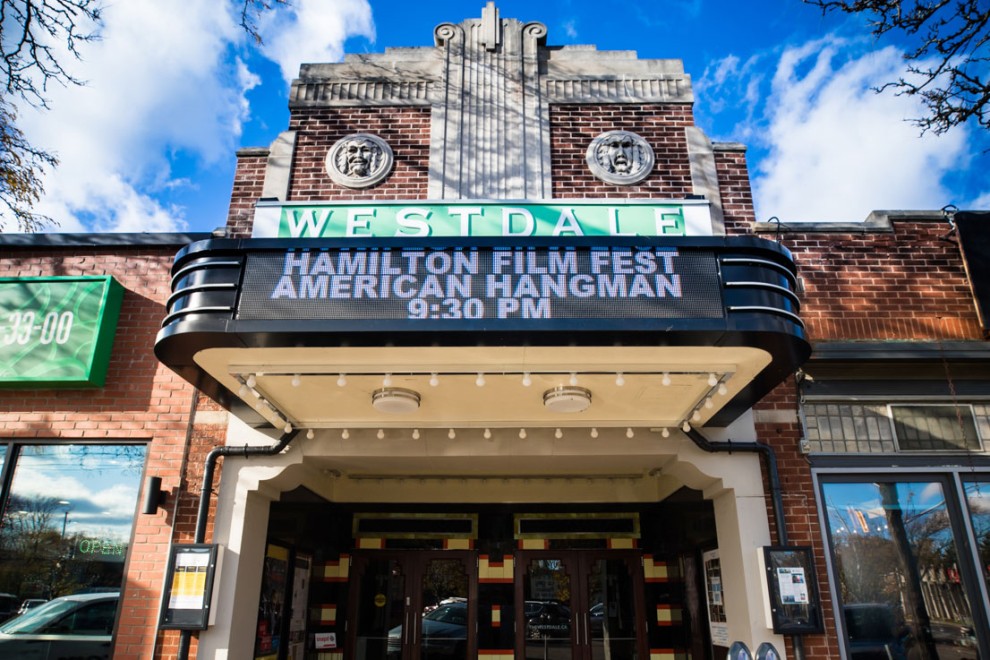 2020 marks the inaugural year of the Hamilton Jewish Film Festival, a partnership with the recently renovated Westdale Theatre.

When Fred Fuchs, an independent film and television producer, moved to Dundas five years ago, he was disappointed there was no independent movie theatre. When The Westdale was put up for sale in 2017, a group of volunteers formed a non-profit organization and raised money to buy the 1935 theatre. A $2.5-million renovation of the heritage-designated building included art deco restoration, new sound and projection technology and new seats and acoustic paneling. The renovation also included adding accessible seating and a stage.

“We wanted show the best independent and art house films. But the vision always was to also be a community hub. We wanted to work with other charitable organizations, offering charitable rates with a great venue, and work with these people to make things happen,” said Fuchs, noting the theatre is also a great place to hold panel discussions, talks and other events.

Fuchs reached out to members of Beth Jacob Synagogue’s Israeli Film Festival committee that same year to see if they’d be interested in a future partnership with The Westdale. The opportunity to expand their mandate and show films in a theatrical setting seemed too good to pass up, and, after consulting with both Beth Jacob Synagogue and the Hamilton Jewish Federation, the committee decided to recreate itself as a Jewish Film Festival committee under the auspices of Federation.

“It’s definitely a move up for us,” said Benson Honig, a member of the original Beth Jacob Israeli Film Festival committee. “This is the first time the festival will be at a venue, a beautiful venue with a giant, full screen. I am really excited. I know it’s going be a success.”

Honig says the festival is an opportunity to share Jewish culture with the broader community. “It’s a way to get engaged with Judaism in a way you don’t at synagogue or at a JCC,” he said. “You can look at our culture globally and see the wrinkles and different facets of the culture worldwide and see how it affects us and how we affect it.”

Details about the Hamilton Jewish Film Festival lineup will be available shortly at jewishhamilton.org and at thewestdale.ca.