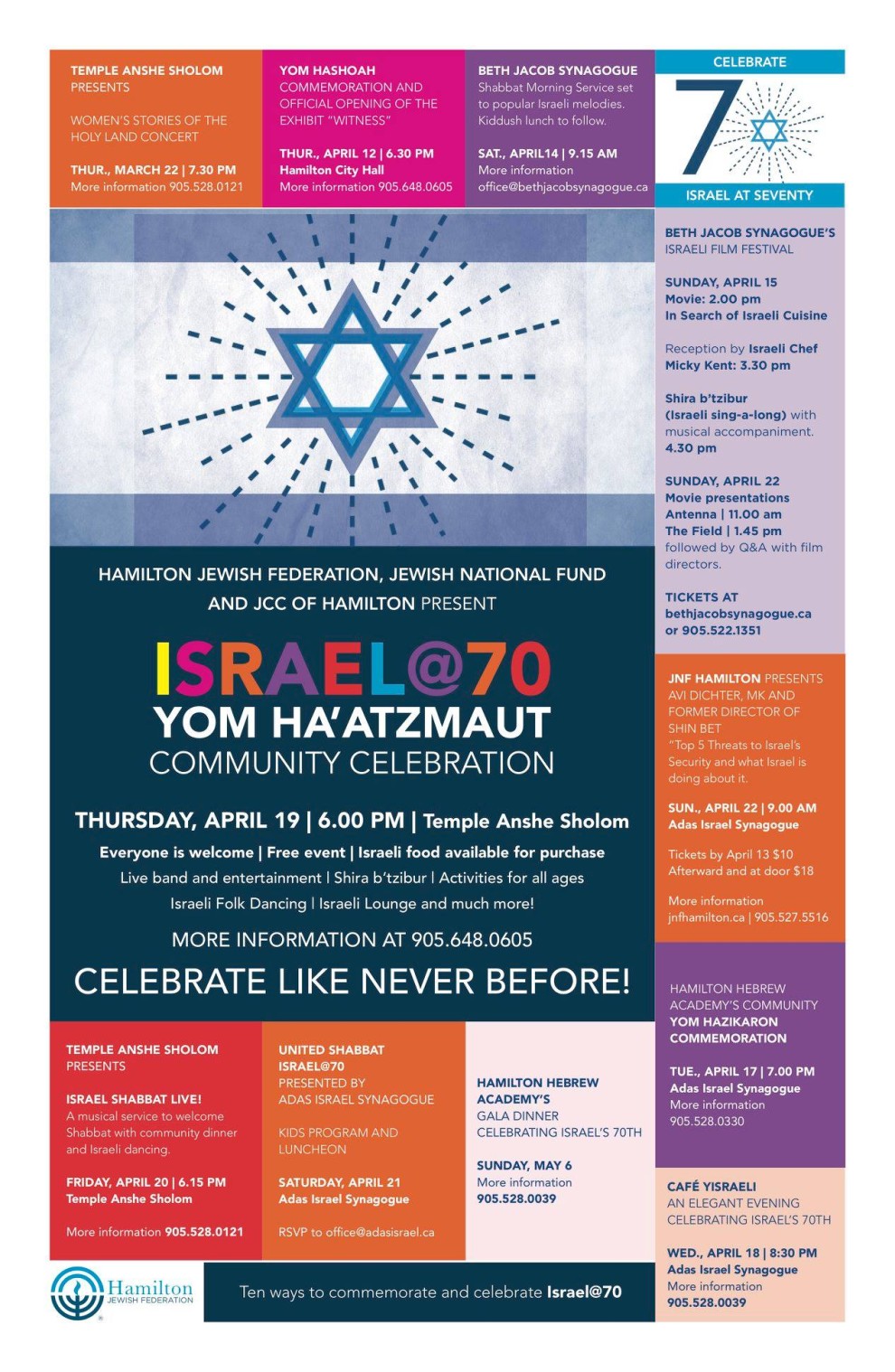 Hamilton’s 2018 celebration of 70 years of Israel’s independence marks a fresh rethink of the annual Yom Ha’atzmaut event to maximize community involvement. This year’s program, co-sponsored by the Jewish National Fund, Jewish Community Centre and the Hamilton Jewish Federation, will have something  for everyone.

JNF executive director Suzy Polgar said it’s been very rewarding to see the city’s Jewish organizations come together for a common cause. “It’s made me feel really good because it’s been a true partnership,” she said, “We’re all working together to celebrate Israel.”

The event, which is free of charge, will take place at Temple Anshe Sholom on April 19 at 6 p.m., and feature musical entertainment by Israeli DJ Emil and his fusion band, Israeli folk dancing and singing, and children’s activities. For those looking for a more contemplative experience, a lounge will be made available for people to share their Israel experiences. Food prepared by Hamilton’s kosher caterers will be available for purchase.

Federation CEO Gustavo Rymberg is delighted to see such widespread community support given that communal organizations have been so busy planning their own Israel@70 events, including Temple Anshe Sholom’s Women’s Stories of the Holy Land concert, the Hamilton Hebrew Academy’s Yom HaZikaron commemoration,  and Beth Jacob’s Israeli Film Festival.