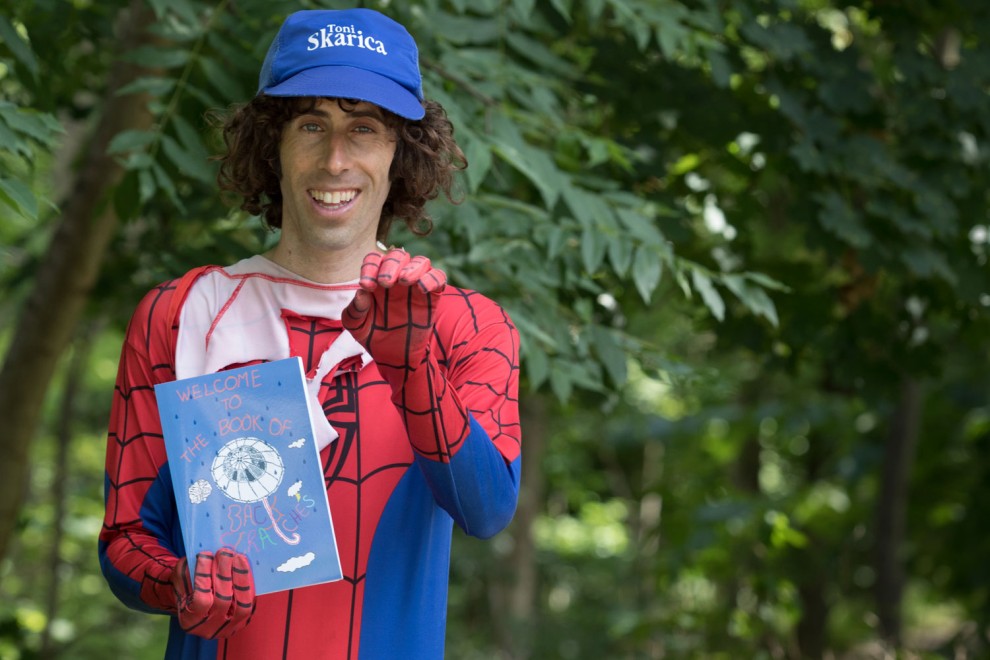 I recently interviewed Jeff Skarica, the author of a book with the rather intriguing title of The Book of Back Scratches: Into the Blue Hole. This book is intended for readers aged 8 to 12.

Skarica initially wanted to do something creative, and the idea of a book came to him later.

He first corresponded by email with Grace Vanderwaal, who impressed him when she was a contestant on “America’s Got Talent.”

Vanderwaal provided him with some feedback which helped motivate him to continue his efforts.  She also makes an appearance in the book.

Skarica then consulted with Gary Barwin, a well-known local writer. He showed Barwin some back scratch patterns or drawings, and it was suggested that he write stories to accompany the drawings. Skarica followed up on this suggestion.

Since children’s book publishing is very competitive, he decided that his best option was to self-publish.

He attended a workshop on self-publishing, which he found particularly helpful. He hired people to help with the artwork and layout.

The book took a year to complete and is partly based on childhood recollections. Skarica recalls that he and his brother would give each other back scratches.

He also remembers his mother composing original jingles while she scratched his back when he was a kid.

It would not be spoiling the book to tell you that it consists of a series of stories, accompanied by drawings of backs, with little jingles under each drawing. One way for readers to enjoy the book is to read each story, look at the accompanying drawings and jingles, and then act out the story by scratching it on the back of their sibling or friend.

Readers can alternate as the giver or receiver of the back scratches. At the end of the book, the reader is invited to submit a story or some back-scratch drawings. These might be included in a possible future edition of the book.

In terms of the books’ characters, they are all drawn from Skarica’s imagination, except for Grace Vanderwaal.

Each story takes place in an outdoor setting, where some of the author’s happiest times were spent.

Most settings are local, but one story is based in Bahamas and another in Japan. Skarica has visited both countries, and even worked in Japan for a period of time.

Just as Skarica was inspired to write his book, it just might inspire the creativity of the young reader to write his or her own stories and/or compose original drawings.

It is available for purchase online through Amazon.ca.