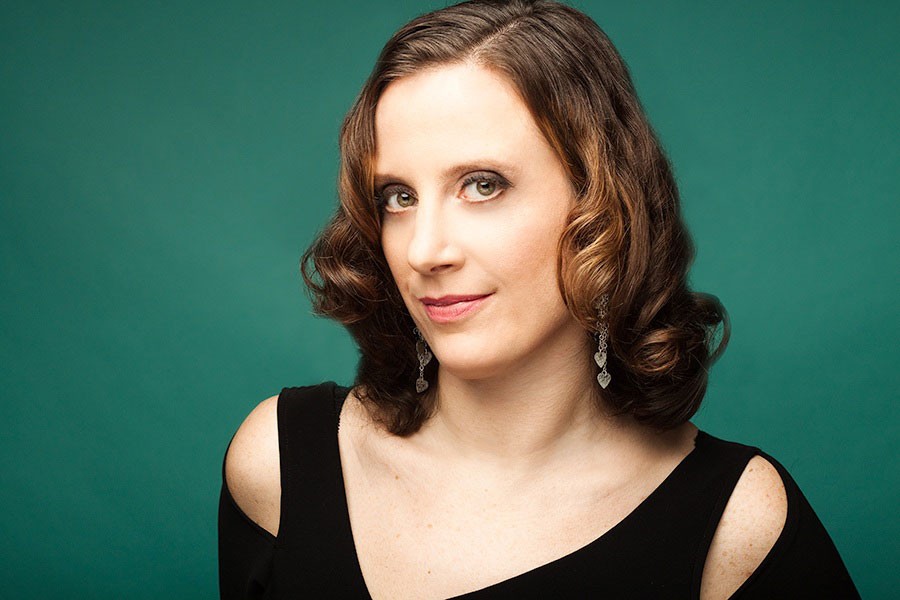 On Monday, April 27, Na’amat’s annual Celebrity Author Luncheon will feature Alison Pick. Alison Pick is the author of the novel Far to Go, which was nominated for the prestigious Man Booker Prize and won the 2011 Canadian Jewish Book Award for Fiction.

As a teenager, Pick, who grew up in Kitchener, Ontario, discovered that her grandparents were Jews who had escaped from the Czech Republic during the Second World War, and that most of this side of the family had died in concentration camps. Her father, who had only learned of his heritage as a young man, kept the secret from Pick and her sister.

In her early thirties, Pick, 40, began to research her Jewish heritage. In her recent memoir, Between Gods, Pick recounts her struggle with the meaning of her faith, her journey to convert to Judaism, her battle with depression, and her path towards facing and accepting the past and embracing the future.

The following is an interview by Hamilton resident Annette Richardson with the award-winning author.

AR:  How was writing a memoir different from your earlier work?

AP: With a memoir you are working from your life and with a novel you are making things up. There are elements of narrative that make a novel a good novel. Plot, setting, tension and character development are all really crucial in a memoir also. Even though it was a switch for me, it was not really as radically different as I had anticipated.

AR: In the beginning of Between Gods, you share your discovery of your Jewish heritage. Can you say something about this family secret and your reaction to it?

AP: I think my reaction to it has really changed over the years. I grew up knowing nothing about the fact that my dad was Jewish. There were a couple of incidents when I was 10, 11 and 12, that sort of made me understand at the most superficial level that Dad was Jewish. But there was still this secrecy in our family. I remember trying to ask about it and feeling that the conversation was very tense. I think there was a way in which I both knew and didn’t know — where I knew on the surface but I certainly didn’t understand the deeper implication. My understanding had deepened when I was a teenager. But it was really when I began to research my novel Far to Go that I began to have a sense of the scope of what had happened in my family and the impact of that, the trauma of the Holocaust and the further secrecy.

AR: When and how did you make the decision to convert to Judaism?

AP: When I started to research Far to Go, I took a basic Introduction to Judaism class, and I experienced an immediate and visceral response to the material in a sense that this is who I was and what I was supposed to be. It was then that the seed was planted. The actual process of converting was longer and more political but it eventually worked out and I feel like it was the right end to the story.

AR: How has your relationship with your father evolved since your decision?

AP:  I feel like the decision to convert has brought Dad and me closer. It’s a little hard for him to understand the extremes to which I went, but he is really proud of both Far to Go and Between Gods. He was really helpful in the process of writing both the books. I think that is an especially nice thing for our relationship.

AR:  How did your mother accept your decision to convert?

AP: My Dad is a person whose feelings are all out on the surface and my Mom is a person who is the opposite. There were certainly some intense conversations about it. I was cognizant that I didn’t want her to experience it as a rejection of her side of the family. Of course, on some level it ultimately is going to be a rejection of the way they raised me. However, she is a kind, understanding and supportive person. I feel like it has been fine for our relationship.

AR: You write openly about your battle with depression in Between Gods. Is it difficult to reveal yourself so honestly to your readers?

AP: Because I think of my writing as an art, first and foremost, I become fixated on the craft of how to tell the story. The content of what I am telling becomes a little superfluous, not the main focus. I am really thinking of how do I make this a good story and how do I make the reader want to turn the pages. I know that the memoirs that I love the most are the ones where I feel that the writer is risking something and being honest and vulnerable. To me if a memoir doesn’t do that it doesn’t really succeed. So, it was easy in that way. I knew I wanted to write the best book I could. By being honest that was going to help the book.

AR: What was the inspiration behind your novel Far to Go, which, in some ways, feels autobiographical?

AP: The family in Far to Go is in some ways inspired by my family. In particular, anybody who knew my grandmother, will see her in the character Annaliese. My grandfather had a textile factory as does the family in the book. So there is certainly some overlap. Because I had never written historical fiction before, I didn’t want to be constrained by what exactly happened to my family. I wanted to have the freedom to create tension and story. I used my family as the inspiration but I took a lot of artistic liberties. Certainly what happens to the family in Far to Go is different from what happened to my family.

ABOUT NA’AMAT:  Na’amat is a non-profit charitable organization that provides shelters in Israel for abused women and children, legal counselling, recreational and retraining programs, and a countrywide network of daycare centres.